The air in IMT Hyderabad has been different for a week now. A new theme every day, all building up to the big night – Freshers’19!

The campus was on an adrenaline rush with juniors unable to contain their excitement and the seniors busy setting up the stage and speakers. With boys in fancy suits and girls attired in beautiful evening dresses, the amphitheatre looked more colourful than the evening sky.

The Night We All Waited For

The performances began with Dhwani playing instrumental pieces on guitars followed by songs that left the audience in a mesmerising coma!  But it was only the beginning. The fashion show by the nominees of Mr & Ms Freshers contest added sparkle to the evening. Confident faces and walks with panache on the ramp, raised the intensity of the show and without a doubt, dropped a few jaws ! 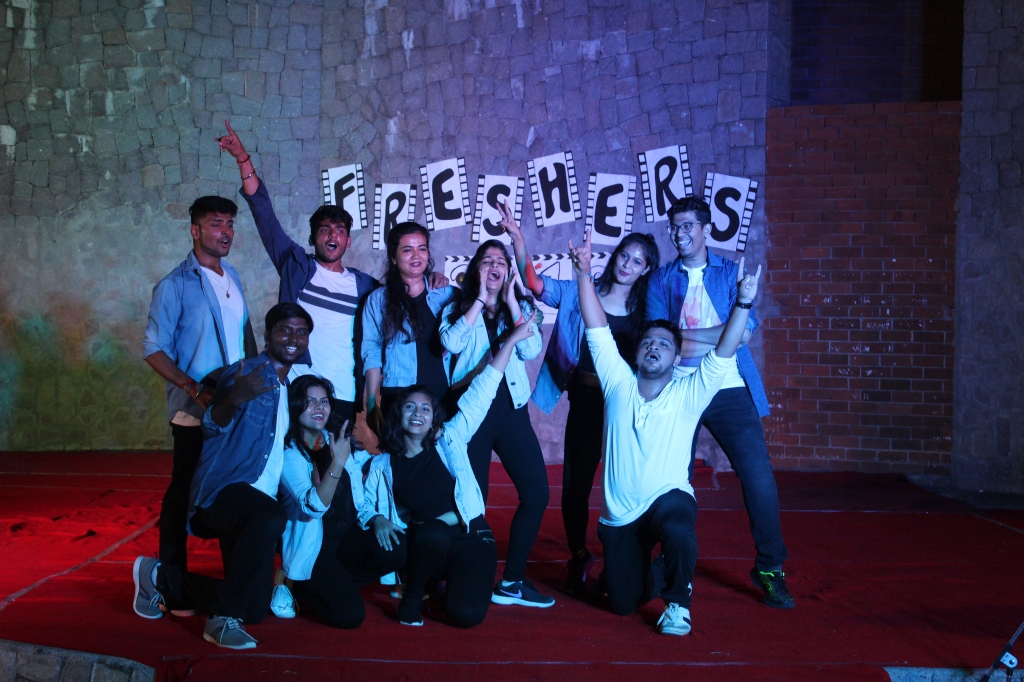 The vibrant performance of Dhanak

The contestants were judged by the previous year’s winners and members of the Psychedelics team. Afterwards, an energy packed dance by the seniors of Dhanak brought in the groovy vibes. Before we knew it, the audience couldn’t stop clapping and was tapping their feet to the beats!

Navrang at their peak

Next was a play by Navrang, which was based on a hilarious episode of a train journey that left the audience hysterical and in splits. The anchors did a stellar job by keeping the crowd engrossed with their jokes and maintained the decorum at the same time. In the show’s final segment, they declared the names of the winning candidates of Mr & Ms Freshers, who were crowned by the judges.

Setting The Stage On fire, Figuratively

The night ended on a high note by opening the floor to the DJ. The audience was overjoyed and wasted no time in getting onto the stage! Everyone danced to their heart’s content, and we know that because each one of us went back to our hostels with dead feet. Amidst the fun and entertainment, despite being different in many ways, the event helped us understand that we all shared a common sense of belongingness and the pride of being an IMTian.